Gibraltar World Music Festival, in its third edition, came to the Rock with the theme “Chindia” and through several weeks numerous activities were held as part of the Festival. In this space of fusion, ethnics and traditional themes, the GWMF proposed the best artists of the genre and masters of ancient instruments, keeping the quality at it highest in the St Michael’s Cave.

The internationally renowned professional dancer and choreographer Nathan Conroy (http://www.artinmovement.net/) will be creating a show based on Chinese and Indian dances. He trained at the Northern School of Contemporary Dance before embarking on a long diverse international career.

After 15 years of professional career, Nathan Conroy returned to Gibraltar and launched a performing arts centre “Art In Movement”.

This duo was born in France of the meeting of two professional musicians who would never have crossed had they remained in their native Far East… Yet the Japanese koto and plucked stringed Chinese erhu were made for each other. Geography and history have separated the Chinese and Japanese cultures, one inspired by the great outdoors and the other born of the confrontation between the mountains and the ocean.

Both artists have been trained in different musical traditions, both at the highest level of excellence and virtuosity. But their openness and curiosity drives them to enrich their practice ‘classic’ by an external supply. Their mutual listening and friendship let their modes of expression to merge to give new life to traditional melodies of the two countries, and to create compositions.

Itamar was born in Israel 1985. He began his musical training when he was only six years old, playing traditional percussion instruments such as Frame Drums, Darbuka, Riq and more. During the years He had the honor to learn from some of the greatest music teachers in hand-drums and percussion from Israel and abroad – include Zohar Fresco, Glen Vallez, Sallem Darwish and Ahmed Taher.

Playing in some of the most well-known stages and festivals in Israel and around the world, Itamar has become a strong force in the percussion scene world-wide, making his unique way and sound and reaching big audiences around the world. He does so, playing different percussion instruments and collaborating with artists from different styles and origins world-wide.

Itamar toured for 3 years with Avishai Cohen including 3 records together. Their latest album “Seven Seas” which Itamar also Co-produced was nominated for the france Grammy award and listed as top1st playlist in France, Germany, Sweden and Spain.

For the above, Sawhney has received a MOBO, 2 Ivor Novello nominations, a Mercury prize nomination, a Southbank show award, a BAFTA nomination, 2 BBC Radio 3 world music awards , a New York Bessie and 15 other major national and international awards. Sawhney also holds 5 Honorary doctorates from 5 separate British universities and is a fellow of LIPA and Southbank university. He turned down an OBE in 2007 for ethical reasons.

Nitin performed at St Michael’s Cave featuring guest performances from the extensive vocal talents of Nicki Wells and percussion skills of tabla maestro Aref Durvesh, an intimate show that the audience was able to see later in Womad (july) and at the London’s Royal Albert Hall in September.

Festival’s program of World Music, Art and Culture was shared with the population under the patronage of the Chief Minister of the Rock and with the support of the Government of Gibraltar, The Bonita Trust, SG Hambros, Hyperion Group of Companies, Margaux Philanthropy, Hassans, Deloitte, BIH, Instituto Cervantes in Gibraltar. 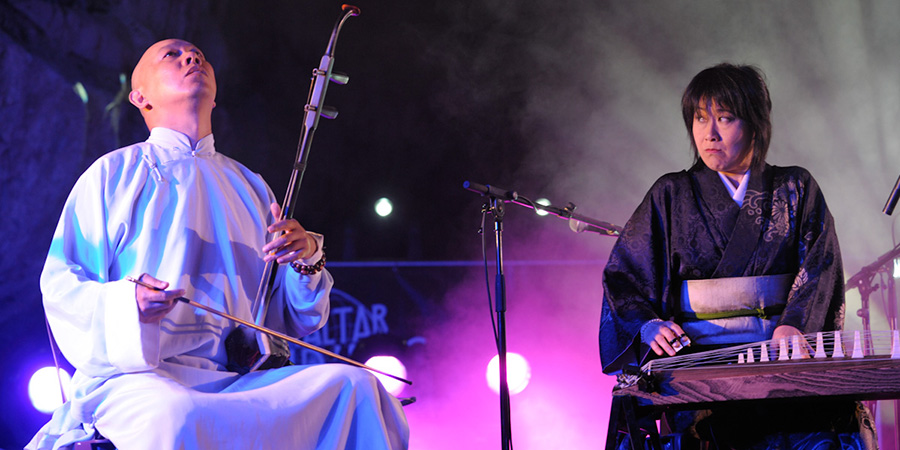 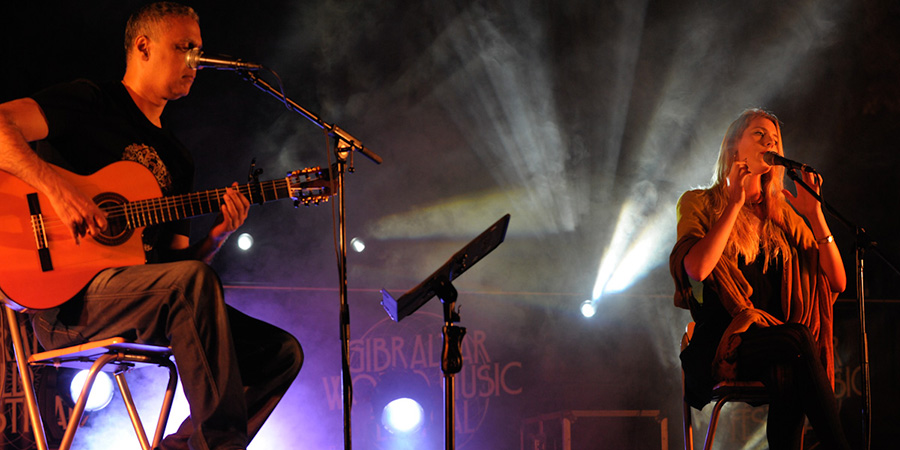