The Gibraltar World Music Festival (GWMF) and its debut event Sephardic Divas, was the brainchild of Yan Delgado and Frederic Ohana who recruited the expertise of Liene Lapševska of the Gibraltar Philarmonic Society. An entirely philanthropic initiative, the concert under the wider umbrella of GWMF and the music label Sephardic Stories, aimed to promote Ladino Music not only in the Gibraltar community, but throughout Europe and the rest of the world.

The event took place on the 9th of July at St Michael’s Cave and was guaranteed to promote Gibraltar as a whole through the expected international media coverage, placing it firmly on the map of Ladino/Sephardic and world music events. Booked to take part are Sarah Aroeste from New York, OFIR from Madrid, Françoise Atlan from France and Marrakech and Mor Karbasi for Jerusalem based in Seville.

So what is Sephardic & Ladino Music?

Since the period of Roman antiquity after the 2nd century, Spanish Jews gave the name ‘Sepharad’ to the Iberian Peninsula. The descendants of Spanish Jews refer to themselves as Sephardi Jews (Hebrew, plural: Sephardim) and still identify Spain as Sepharad in Modern Hebrew.

The grammatical structure of the ancient language that formed the fabric of the songs is close to that of Spanish, with the addition of many terms from Hebrew, Portuguese, French, Turkish, Greek, Bulgarian Bosnian and Serbo-Croatian depending on the geographic origin of the speaker.

Like many other Jewish languages, Judaeo-Spanish is in danger of language extinction. Most native speakers are elderly, many of them having immigrated to Israel where the language was not transmitted to their children or grandchildren however, Ladino music is experiencing a revival amongst Sephardic communities.

Testing the interest in the project back in 2011, ‘Sephardic Stories’ launched a Facebook page. A year on, the page has been averaging 10 000 hits per week. As a result of it’s growing popularity, the creators Yan and Frederic have been contacted by recognized artists and radio stations with fantastic opportunities for development. The two have already produced an album, ‘Gracia’, compiled of original songs featuring Ladino singer and songwriter, Sarah Aroeste, who is based in New York (www.saraharoeste.com). They are also currently working with the French artist, Françoise Atlan and Israeli, Mor Karbasi.

Yan Delgado speaking about the project said “We have been overwhelmed with the level interest in the Sephardic Stories project and the support in creating a Gibraltar World Music Festival, from institutions like Radio Sefarad, Casa Sefarad, Israel Madrid Radios, the Government of Gibraltar, Hassans, Hyperion, Margaux Philanthropy, Manatel, SG Hambros to name but a few. It seems only few months ago we decided to create the label ‘Sephardic Stories’ and with the success of the first artist, the plan is to produce even more Ladino Music, to cut and distribute a DVD from the Sephardic Divas concert tour and then release these at the Womex (the International World Music Fair) in October”. 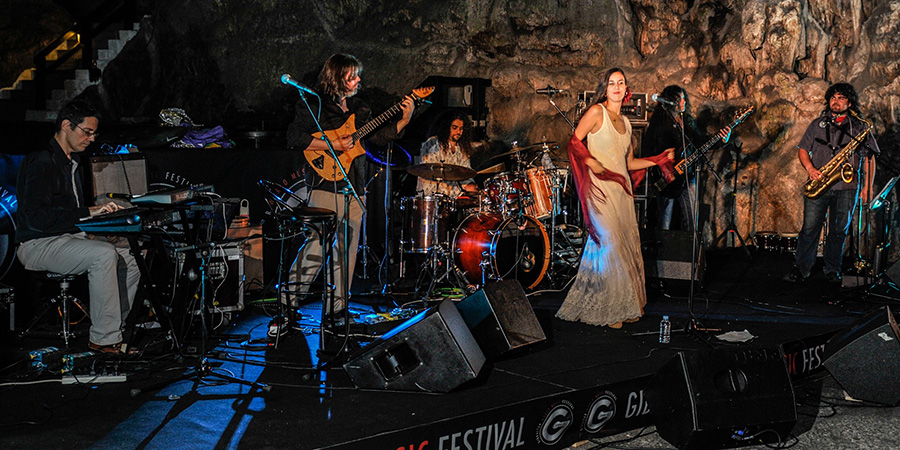